It is not easy being a parent, and when children are younger it seems a little easier to keep them safe. But once your children have become teenagers, and once they have become licensed drivers, suddenly a whole new world of freedom is open to them. And with that freedom and independence comes a great deal of risk and liability. 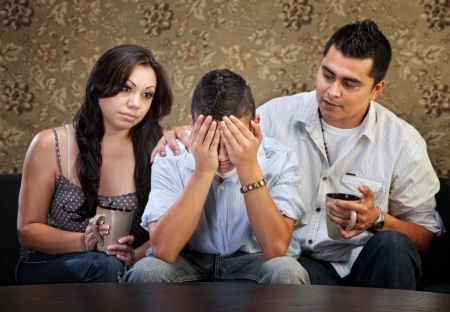 While every parent holds that their child will avoid taking risks when it comes to their personal safety or the safety of others, the teenage years and the early 20s are some of the most risk-taking years that your child will ever experience. Educating them in a way that does not glamorize drinking and driving is an important first step in protecting them from a DUI char

The Data on Teenage DUI Charges

When it comes to drinking and driving not all news is bad news according to data provided by the Centers for Disease Control (CDC). The number of high school students who drink and drive has actually reduced by 51% as of 2012. That is an encouraging sign that children who are not legally able to drink anyhow, understand the constant dangers of driving a vehicle while impaired, both to themselves to their friends and others around them.

Unfortunately driver’s aged 16 to 20 years are 17 times more likely to die in a motor vehicle accident when drugs or alcohol are involved. The CDC estimates that one in every 10 teenagers in the United States engages in impaired driving. Data from 2011 showed over 1 million American teenagers who drank or consumed illicit drugs before getting behind the wheel of the vehicle.

For more information and updated data on the risk factors that involve teens and impaired driving, read the report titled “CDC VitalSigns: Teen Drinking and Driving (A Dangerous Mix)”.

Condoning Drinking and Drug Use

One of the problems with communicating the risks associated with impaired driving to teenagers is a strict approach when it comes to drinking and illicit drugs. It is illegal for Americans under the age of 21 years to purchase or consume alcohol. And all illicit drugs including marijuana are illegal with the exception of medicinal purposes in most states. Parents attempt to educate their children about the dangers of drinking and driving by simply demonstrating that their children should not be drinking in first place. This advice is legally sound, but not particularly realistic.

American teens begin drinking in high school even though it is illegal, and despite measures to limit their access to alcohol, it is common for high school aged children to use substances. The conflict for most parents is addressing the problem without actually giving kid’s permission to drink in general. For instance, it is difficult to teach children not to engage in impaired driving while refusing to acknowledge the fact that they are going to be drinking with their friends.

It’s important to present the problem to children in a frank and realistic way. Rather than address the difficult conversation about drinking in general, many experts agree that the best course of action is to focus on the consequences of drinking and driving instead. It is important for teens to understand that there’s a lot more at risk than simply being charged with a DUI. That they can lose their license, that they can see their insurance premiums skyrocket making driving unaffordable, and in the worst-case scenarios they can kill themselves, become disabled as a result of the motor vehicle accident or even kill someone else.

With their whole lives in front of them it’s really important to demonstrate the cost of making a bad decision when it comes to impaired driving. When presented with the true costs including the humiliation of being charged, most kids will see the reasonability of taking adequate precautions.

The “No Questions” Contract

Sometimes teenagers may find themselves in a situation where making the right choice is virtually impossible. Your son or daughter may have attended a party, and misjudged the amount that they drank, and be unable to stay overnight or leave their vehicle. In other circumstances your child may find themselves with friends and relying on those friends for a ride home, while realizing that the driver is impaired.

Kids need to know that no matter where they are, what time it is, what state they are in that they can call their parents and be safely picked up. Creating a “no questions” contract is a commitment to your child that assures them that no matter what, they can call their parents for safe ride home. This contract is literally a lifesaver, and within reason no questions about how or why they got into the circumstance. The “why” is far less important than knowing they got home safe and everyone else did too.

If your child has been charged with driving while impaired, a DUI attorney in Chicago can assist you to evaluate the evidence and in some cases, reduce the sentence through plea bargaining.