Drug and alcohol abuse has ruined many lives. Not only does it have physical and mental repercussions, the legal ramifications of crimes due to substance abuse can leave a person scarred for life.

Research has found that people who don’t use tobacco, alcohol and illegal drugs in their teens are less likely to use them as adults. It is, therefore, important that the efforts to prevent teen substance abuse begin early in a child’s life.

A supportive family, positive role models and good education help teens develop a healthy level of self-esteem, which in turn, gives them the confidence to make the right choices. 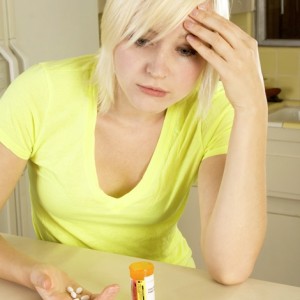 Prevention of substance abuse begins with parents taking the necessary steps to keep their teens off drugs. Apart from providing their children with a healthy living environment, they also need to learn how to talk to them about it.

Parents Have the Power

Parents’ words and actions have a higher impact on their child’s psyche than they think they do.

As a parent, you can greatly influence their decision of whether or not to use alcohol, tobacco and drugs. Know that the first step to prevention starts when you talk with and listen to your child. That way, you can help him stay strong in the face of peer pressure, as well as teach him the art of saying “NO!”

The teenage years are such that they can make adolescents feel invincible. This may lead them to ignore the implications of their actions, and indulge in risky behavior, such as abusing drugs, alcohol and tobacco.

Other common reasons for substance abuse include:

Teens who abuse drugs are more likely to suffer several negative consequences, apart from dependence. These include –

Driving under the influence of drugs and/or alcohol can impair a driver’s motor skills and eye-hand coordination, thereby endangering not only his own life, but also his passengers, as well as others on the road.

Teens who abuse drugs and alcohol tend to make poor life decisions, which may result in unplanned and unsafe sex.

Substance abuse can result in severe health issues such as liver damage, heart failure, as well as adversely affect lungs, kidneys, and even behavioral patterns. Abuse of prescription drugs can lead to respiratory trouble and seizures. It can also affect a teen’s memory, motivation and ability to learn.

As a lawyer in practicing in Chicago, we handle several cases wherein both teens and adults get into legal trouble due to driving under the influence of drugs or alcohol. As they say, prevention is better than cure, it is important to prevent a driver from getting behind the wheel in such a condition. Apart from that, there is also the risk of getting arrested for underage drinking, driving, possession and/or distribution of drugs.

Should you or your loved one get into legal woes due to DUI, you will do well to call a lawyer experienced in handling such cases in your area. For instance, residents of Illinois should look for a DUI lawyer in Chicago for best results.

Further, parents can take the following preventive steps to keep their children away from effects of substance abuse:

Knowing your children well will make it easier for you to guide them towards taking up progressive activities and making well-meaning friends. Talking to your children about the events of their day is a great way to get them to open up to you.

Ask them open-ended questions which will include their opinions on matters of importance. Include them when making family decisions as a means to let them know that you value their thoughts and inputs. Listen to their concerns, instead of preaching. Be non-judgmental.

Speak to your children before they enter their teens. That is the time when they may start to first experience peer pressure to dabble in drugs and alcohol.

Create a bond with your children by being a part of their life. Irrespective of how busy your schedule may be, spend some quality time with them every day and do what they want to do. Encourage them in their activities by attending recitals, games and praise them for a job well done. If they seem upset, ask them about it and let them know you’re there for them.

It is important to set certain rules in the house in order to set behavioral expectations from your teens. Be balanced, though. No rules or very harsh rules only tend to make kids keener on trying drugs.

Make these rules very clear and discuss the consequences of flouting them in advance. If a rule is broken, be sure to enforce the consequences. This will help them act more responsibly in future. Praise your kids when they adhere to the rules.

Practice What You Preach

Be a good role model to your kids, but do not get preachy. Your children will most likely imitate your actions, hence, it is important that you demonstrate ways to deal with problems and set things right without using alcohol or drugs.

Point out irresponsible and objectionable behavior when you see it in movies to inculcate a sense of what is acceptable and what isn’t.

Practice what you preach and your kids will take your words and actions seriously.

Your teens will be less likely to try drugs and alcoholic if they’re aware of the consequences associated with their use. Be sure to educate yourself about tobacco, alcohol and drug use before you talk to them, else you may lose credibility.

Converse with them, rather than lecture them about it. Tell them you don’t want them to use drugs, and that you will be disappointed if they do. Let them know of the adverse physical and mental effects of substance abuse. Explain that using them is against the law and invites prison time, penalties, loss of driver’s license and college loan/funds.

We live in times when drugs and alcohol are easily available to teenagers, exposing them to their harmful side effects mentally as well as physically. If ignored, they can go on to commit serious legal offenses. To deter such a situation, you need to take timely measures and prevent substance abuse by them. The above tips should help you raise a healthy, responsible and a law-abiding teen.